UK Consumer Litigation Investments For You!

Figures published by the Office for National Statistics (ONS) show that in April, the UK economy suffered the largest monthly contraction on record.

Let’s put this into perspective. Standing at 20.4%, the decline is 3 times greater than that seen during the whole of the 2008 to 2009 economic downturn.

“April’s fall in GDP is the biggest the UK has ever seen, more than three times larger than March and almost 10 times larger than the steepest pre-Covid-19 fall,” said Jonathan Athow, deputy national statistician for economic statistics at the ONS.

So how does this impact investments? There is no doubt that we are set for a period of volatility in any market that is tied to the greater economy – the FTSE dropped 4% in one day alone and historically, during the 2008/09 crisis, the FTSE dropped just over 30%.

Yet in the dark there is a light shining brightly – UK consumer litigation.

The PPI scandal, which returned £38 Billion to UK consumers’ pockets, led the surge in consumer litigation cases emerging during the recession of 08/09. Financial hardship and the ability to claim damages and lump sum payments (at no cost) led to a rapid expansion of the sector.

It is hard not to draw obvious parallels today, with the declining economy, increased financial worries and the emergence of the 2nd round of consumer rights against the banks in the form of the Plevin ruling (unfair terms which exist in most all PPI cases as opposed to mis-selling which had to be proven).

Not only does the consumer litigation sector suffer no negative correlation to the wider markets, but it could be argued that recession and crisis are driving factors for the markets’ growth. During the 2008/09 crisis, institutional investment in UK litigation commenced, growing from £180m in 2009 to £1.5 bn in 2016.

Find out how secured and underwritten consumer litigation investment can help stabilise your financial situation in the coming storm. Contact us today for more information. 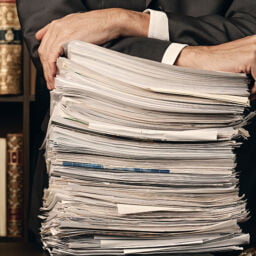